Canada: Educators strike against cuts in education and for collective bargaining #HVWEducation

11 February 2020 – Rotating strikes by teachers and education workers are set to continue this week in Canada’s Ontario province. The strike started on 6 February, with negotiations between educators and the province’s government over funding and collective bargaining stalled.

Four education unions are on strike, demanding an end to cuts in education and calling for their collective bargaining rights to be respected. Negotiations with the government of Premier Doug Ford came to a halt after almost one year. The unions are member organisations of the Canadian Teachers’ Federation (CTF/FCE): the Association des enseignantes et des enseignants franco-ontariens (AEFO), the Elementary Teachers’ Federation of Ontario (ETFO), the Ontario English Catholic Teachers’ Association (OECTA), and the Ontario Secondary School Teachers’ Federation (OSSTF/FEESO). CTF/FCE is a member of Education International.

According to the unions, the government announced from the outset of negotiations that it was determined to cut education costs, with several devastating effects:

–       An increase in class sizes, with some classes increasing to more than 40 students

–       A reduction in courses offered at high school level

–       Fewer resources and supports for the most vulnerable students, including those with special education and mental health needs

–       The introduction of mandatory online classes

In November 2019, the Ontario government passed legislation – Protecting a Sustainable Public Sector for Future Generations Act (Bill 124). This is set to limit a compensation increase, wages and benefits for all public sector workers to no more than one per cent a year for the next three years.

In December, the four unions filed court challenges against Bill 124. The unions claim that the legislation violates the teachers’ and education workers’ constitutional rights to engage in unrestricted collective bargaining activity, as guaranteed by the Canadian Charter of Rights and Freedoms. The unions argue that Bill 124 is a direct attack on free collective bargaining in the education sector, on freedom of expression, and freedom of association.

Near the end of 2019, and as a result of the slow pace of negotiation and government insistence on cuts, the four unions held strike votes that resulted in near unanimous support for the labour action that has seen schools closed in the province over the past days.

Ontarians stand with unions in support of education

Despite the attempts of the Ford government to blame unions for the deadlock, polling shows that the great majority of Ontarians support the position of teachers and education workers. While the government is championing cuts in education, Ontarians prefer funding education over tax cuts by a wide margin. They are clearly against increased class size and mandatory e-learning, and are in favour of a cost of living salary increase in education. 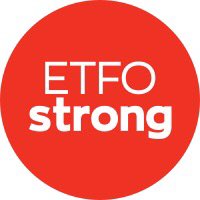 49 people are talking about this 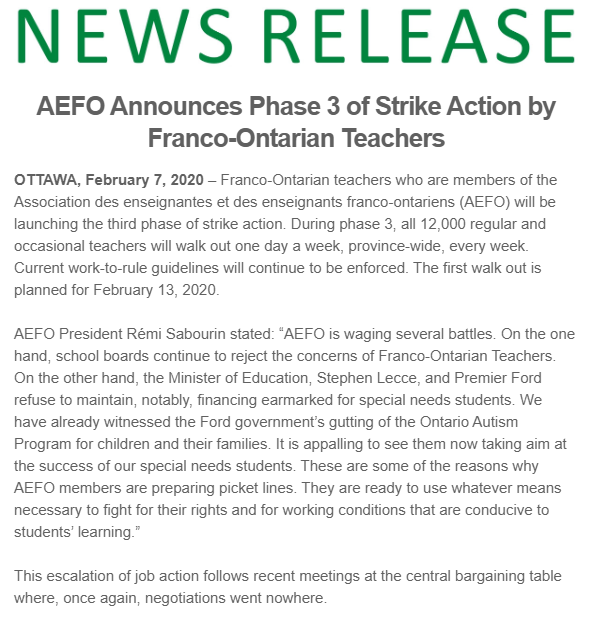 204 people are talking about this

#CatholicTeachers will be moving to an enhanced administrative job action beginning Tuesday, February 11. 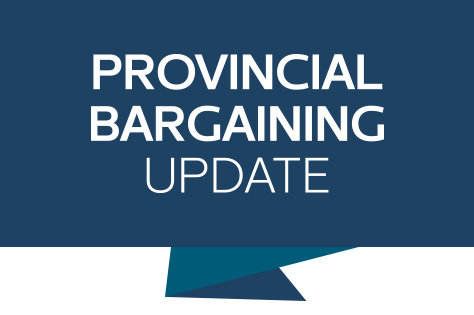 15 people are talking about this

#ICYMI @Sflecce, 2018 grad rates rose again. On @CP24Breakfast you said you’re “trying to redesign it, or recondition the system to be for students”
But 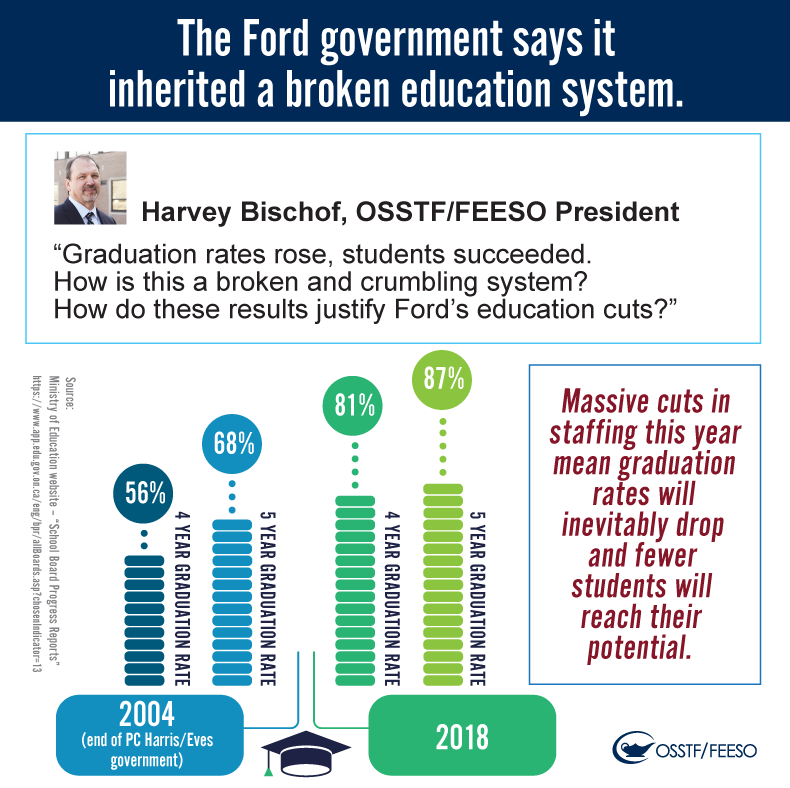 131 people are talking about this