10 April 2019 – The International Labour Organization (ILO) has been “a trusted voice” to “ensure social justice in every corner of our world”, Secretary-General António Guterres said on Wednesday, at a high-level meeting to commemorate the centenary of what was the first ever United Nations agency.

The ILO was born out of the rubble of the First World War, as the victors met to draw up the Treaty of Versailles, where they affirmed the need for social justice in the service of a “universal and lasting peace”.

The UN chief painted a picture of a time of upheaval, when newly-emboldened labour unions in many parts of the world, demanded fair treatment, dignity at work, adequate wages and an eight-hour working day.

“The nations of the world knew they must cooperate to make it happen”, Mr. Guterres said, adding that despite being the oldest UN family member, “ILO remains to this day one of the most unique gathering spaces in the international system”, as well as a “a source of strength and legitimacy”, where workers, employers and governments can seek solutions through dialogue.

“Through conflict and peace, democracy and dictatorship, decolonization and the Cold War, globalization and turbulence”, Mr. Guterres said that ILO has had its “finger on the pulse on people’s concerns”, and “played a central role in the struggle for social progress”.

Noting that now is “a time of profound uncertainty, disruption and technological transformation”, Mr. Guterres warned that “tremendous” labour market disruption lies ahead.

“Even the concept of work will change – and the relationship between work, leisure and other occupations” he continued. “We are not yet prepared for that”.

Since the digital economy operates in a world without borders, he stressed that “more than ever”, international institutions “must play a vital role in shaping the future of work we want”.

“Let us make the most of this pivotal anniversary to renew our collective commitment to international cooperation, peace and social justice”, concluded the Secretary-General.

General Assembly President María Fernanda Espinosa commended ILO for its many “firsts”, including “the need to give workers a stake in decision-making that matches their essential contribution to lasting peace and prosperity”.

“So, it is fitting that the General Assembly – the most representative body of the United Nations – celebrates the transformative impact of the ILO on the fabric of our societies, and on our daily lives” she said.

Citing decent work as one of her own priorities, she affirmed that it makes the UN “more relevant to people”, by demonstrating the “everyday impact of international agreements like the 2030 Agenda, and multilateral bodies like the ILO”. 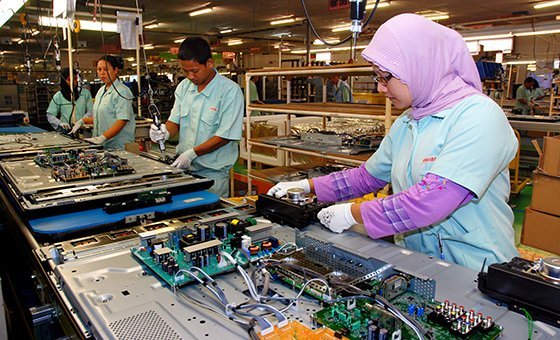 Acknowledging ILO’s more than 180 conventions and implementation programmes “on everything from gender equality to forced labour”, she lamented that “injustice is still a reality for millions of people”, higlighting the predicament of child workers, forced labourers and those trafficked into prostitution.

“Over 40 million people today are victims of modern forms of slavery – more than twice the number involved in the transatlantic slave trade”, she said, commenting that 190 million people are unemployed; 300 million are working poor; and some two billion are engaged in informal work, “often without social protections”.

‘A time to reflect’ on ILO

Dubbing ILO “the most positive and enduring product of the Treaty of Versailles”, the Organization’s Director-General Guy Ryder called it “the first step in the construction of the multilateral system, and a forebearer of today’s United Nations”.

“It was empowered to negotiate and supervise the global rules of labour and to do so by the joint action of governments, workers and employers” he explained.

“ILO’s journey has not always been a straight path” he admitted. “From the outset the Organization has been tested by the turbulence of history and the economic and social realities of its times”.

“More than a cause of celebration, the Centenary that we commemorate today is a time to reflect on our purpose, and on the course we chart for the future”, he stated.

Noting “great uncertainty” surrounding multilateralism and “widespread disillusion” regarding social and economic progress, he said that “many citizens doubt the capacity of the leaders and institutions” to respond to their needs.

Mr. Ryder saw the first 100 years as “a prelude to the future we construct together now”, urging everyone to “set about that task with the same courage and urgency, and moved by the same sentiments of social justice and humanity which first gave life to the ILO”.

As part of the commemoration, a 24-hour marathon of events from Fiji to Philadelphia, is planned across the globe.